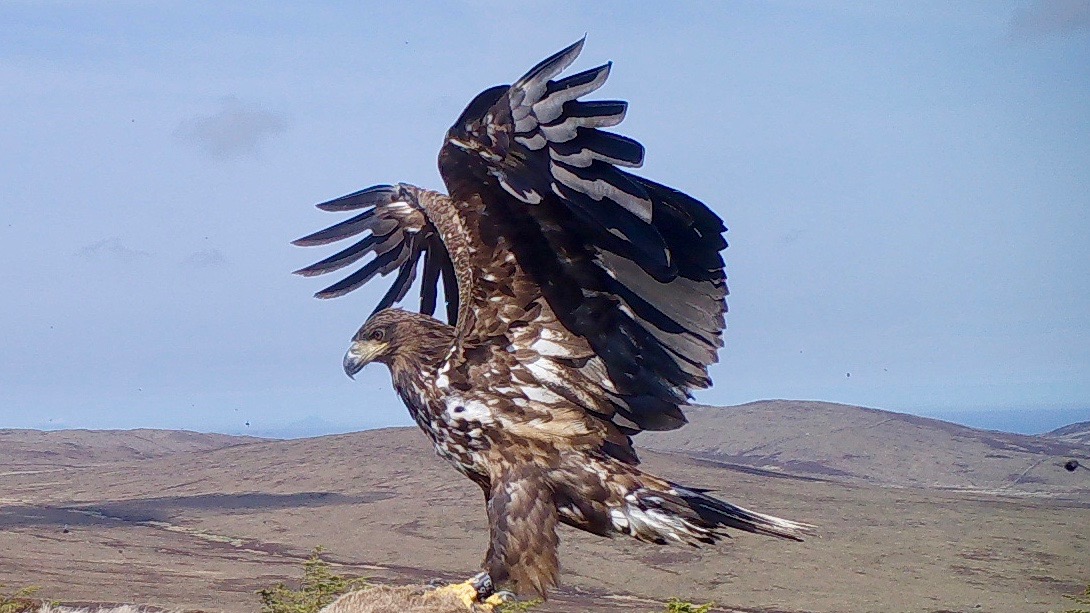 Since early 2017, Angus and I have been exploring the activity around the forest using wildlife camera traps. During this time we have captured footage of many species including buzzards, ravens, golden eagles and sea eagles (white-tailed eagles). One of our images went slightly viral and you can read about it here.

During 2017, we discovered a pair of sea eagles had become quite fond of a particular tree and had began to roost there regularly. The story evolved to become an attempt at nesting, a tree that attracted more than just one pair of sea eagles and interesting times as we waited to see what might happen during the following nesting season.

From 2019, a pair of sea-eagles have again started to build a nest at this popular roosting spot. With permission and support from SNH, we have a remote camera set up that allows us to continue to observe the activity, without risk of disturbance, throughout the sensitive nesting season.

We will be sharing their story from our website and the social media channels shown below.  You can also view our first short film about the sea eagle activity during the winter of 2017.

Angus and I have become very intrigued and captivated by these raptors as we follow their story throughout the year. We hope you will also enjoy watching some of the activity of the UK’s largest bird, the white-tailed eagle.

In addition to the support offered by SNH, we would like to offer a huge amount of gratitude to Jamie Boyle, our local RSPB Reserves Manager. Jamie has supported and guided us from the very beginning as we explored the birdlife in the area. It’s very true to say that this story couldn’t have been shared without him.